Swoon Soon!-A sprinkle of picks for 2011 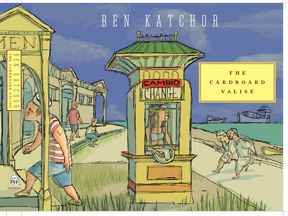 Ben Katchor 'The Cardboard Valise' February
We are so looking forward to this one! Have a look at a mini preview here.

Daniel Clowes 'Mister Wonderful' FebruarySerialized in The New York Times Magazine. Although a pdf of the strip is still available here,but I'm sure you'll be back for a lovely printed version. 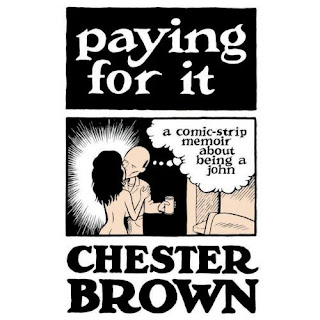 Chester Brown 'Paying for it' May
We can't wait to read Mr Brown's experiences with sex workers!
The publisher gush below.

A CONTEMPORARY DEFENSE OF THE WORLD’S OLDEST PROFESSION
Chester Brown has never shied away from tackling controversial subjects in his work. In his 1992 book, The Playboy, he explored his personal history with pornography. His bestselling 2003 graphic novel, Louis Riel, was a biographical examination of an extreme political figure. The book won wide acclaim and cemented Brown’s reputation as a true innovator.

Paying for It is a natural progression for Brown as it combines the personal and sexual aspects of his autobiographical work with the polemical drive of Louis Riel. Brown calmly lays out the facts of how he became not only a willing participant in but a vocal proponent of one of the world’s most hot-button topics—prostitution. While this may appear overly sensational and just plain implausible to some, Brown’s story stands for itself. Paying for It offers an entirely contemporary exploration of sex work—from the timid john who rides his bike to his escorts, wonders how to tip so as not to offend, and reads Dan Savage for advice, to the modern-day transactions complete with online reviews, seemingly willing participants, and clean apartments devoid of clichéd street corners, drugs, or pimps.

Complete with a surprise ending, Paying for It provides endless debate and conversation about sex work and will be the most talkedabout graphic novel of 2011.