Weekly Treats! The Adventures of Herge, Batman The Black Mirror 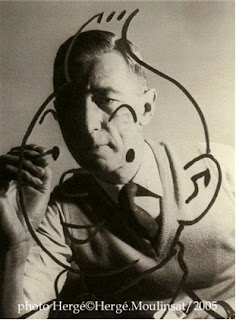 Graphic novel biographies work particularly well when the subject had a life filled with dramatic incident or at least fits within with a much wider picture.  Let the world of naked prose wrestle with all the introspection, books like Logicomix (about Bertrand Russell) and Hellraisers (concerning Oliver Reed et al) sing with vibrant events and A Drifting Life (Yoshihiro Tatsumi about his own life) delves through nothing less than the history of Manga via its subject. But as with the case of the Tatsumi biography, the story of Herge's life The Adventures of Herge (Drawn & Quarterly) simply feels appropriate in comics form.  Indeed to encourage this feeling the cover of the book, the title and some of the artistic "ticks" - a face here, a layout there - are reminiscent of the classic Tin-Tin style.  To whet your appetite, see here for Paul Gravett's essay on Herge. 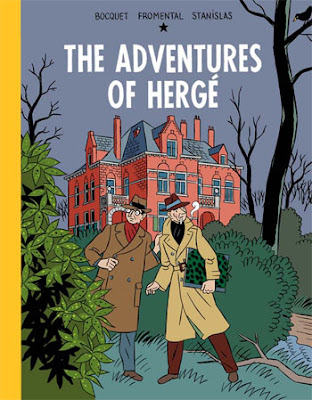 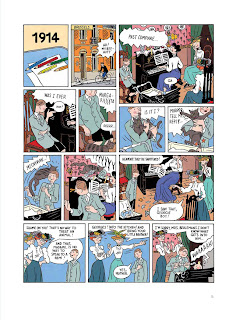 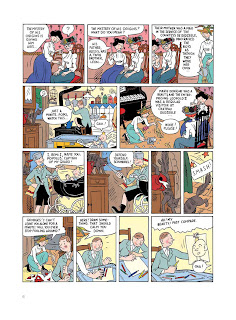 I'd say Bat-fans are spoilt for choice this Christmas.  What with Arkham City, Noel and now Batman: The Black Mirror (DC) which pairs fan-favourites Scott Snyder and Jock and re-prints Detective Comics back when the number was up in the three digits (ah the old days).  It's brutal and very well reviewed (and has a great cover actually).  'Nuff said. 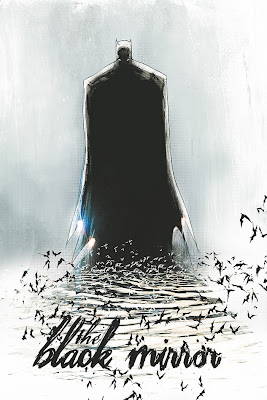 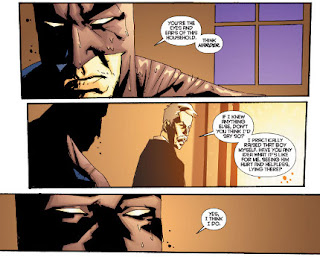 And finally, Gears of War artist Liam Sharp has written and illustrated the stand-alone graphic novella Aliens: Fast Track To Hell (Dark Horse).  Just by adding the words Aliens to the title of any film or comic it officially becomes critic-proof but it certainly looks pretty. 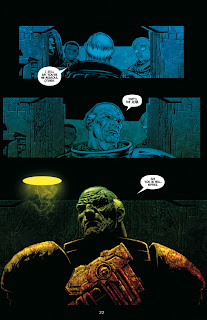 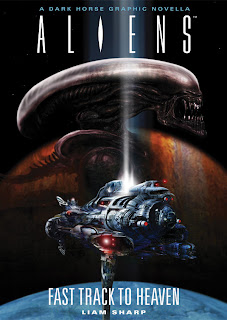 Who'd have thought that Aquaman #3 would be a regular highlight for Weekly Treats? Well it blimmin'-well deserves it.  After taking all the jibes, Aquaman gets all "you shall not pass" as Geoff Johns reveals the secret of The Trench.  In Batman: The Dark Knight #3 a variation on the old toxin in the water story gets another airing but with added David Finch.  The solicitation for Flash #3 promises a great sequence with runaway cars, trains AND planes.  New and moody Supes looks for a link between the recent attacks on Metropolis in Superman #3 and in Justice League Dark #3 the team slowly, slowly comes together but we still don't know what for.  Fantastic Four #600 is Marvel's big release.  And I use the term big to encompass the size - a whopping 96 pages.  There's also the excellent Secret Avengers #19 - this time Michael Lark joins Warren Ellis - and Wolverine and the X-Men #2 following up the refreshingly entertaining (it had an unexpected comedic touch to it) first issue.  Finally Kick-Ass 2 #5, brilliantly subtitled Death by Cosplay - was that Mark Millar's pitch for the initial series?.

There's lots more of course - check the Features tab if you don't believe me...
Posted by Daves Comics at 11:42 am