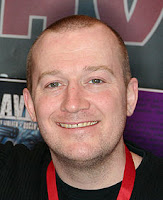 King of the graphic novel releases this week is Garth Ennis.  Firstly he returns to the series that he once said would out-Preacher Preacher.  The Chronicles of Wormwood was always intended to be a done-in-one story so Chronicles of Wormwood: The Last Battle (Avatar) is less of a direct follow-on and more of a new story with familiar characters - that;'s the Antichrist who's also a tv executive, a failed messiah and Jimmy the talking rabbit.  It's another gruesome onslaught from those fair folk at Avatar so be warned.  And secondly theres the long-awaited release of the next volume of The Boys vol. 9 (Dynamite).  Featuring a great parody cover, its a whopper featuring 3 separate story arcs including the extra-sized #50.  The series is set to end next year so you've still got time to catch up if you want to be there with the other devotees for the closure. 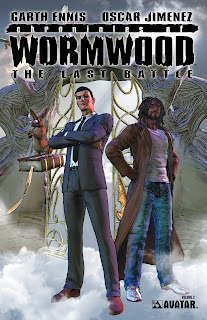 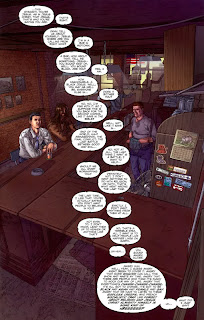 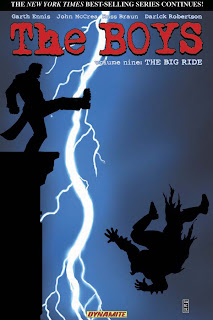 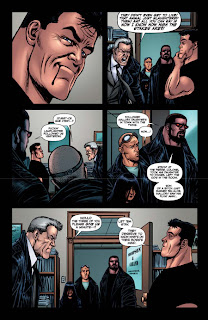 The Road To Perdition graphic novels have been re-issued with new a new look so that they match the other titles in the Vertigo crime series.  It also sees the release of the third and last volume in the series entitled Return To Perdition (DC).  Written by the original creator Max Allan Collins, the story is set in the 70's it's about the third generation of the father and son featured in the original.  He is unaware of his family history with the mob until it catches up with him in the form of an offer to become a hit man.

Also worth looking at is The Zombies That Ate Earth (Humanoids) by Jerry Frissen and BPRD artist Guy Davis. Set in zombie-ridden 2064, four friends decide to become catchers of the undead... 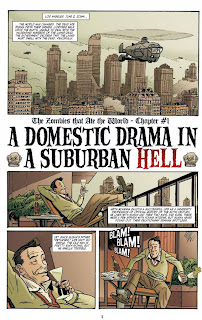 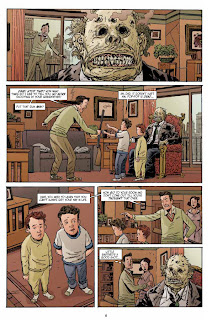 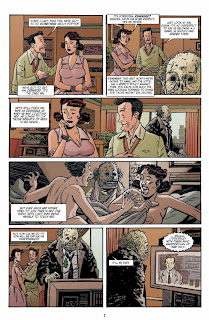 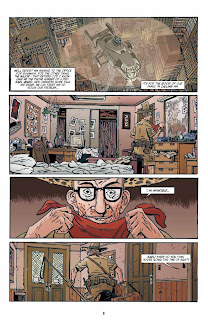 And finally, as it's November, there's another great Christmas gift book on offer.  Robert Crumb's The Complete Record Cover Collection (WW Norton) collects some of the hundreds of record covers that he illustrated from 1968 when Janis Joplin put in a request.  For an enormous review see here. 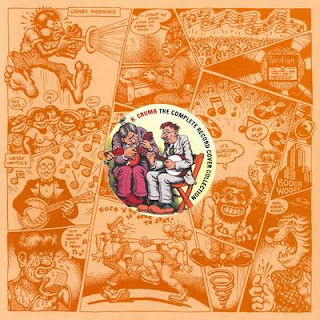 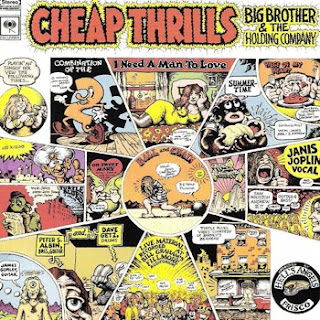 In Weekly Treat Town the DC #3 steam ahead with the lush illustration of JH Williams III in Batwoman #3 and it's good to see that want with hunting a child killer, being hunted by the authorities, there's still time for a bit of romance.  Green Lantern #3 has the nominated variant cover this week as Sinestro goes on the run and Frankenstein, Agent of SHADE #3 - where else are you going to get your fix of monsters on alien worlds?

For Marvel the launch of new team-up book Avenging Spider-Man #1 is the big release. Written by Zeb Wells and drawn by Joe Madureira this first issue sees the appearance of Red Hulk.  The other book Marvel will be keen to get in your hands is Point One as it features seven new stories that set the stage for 2012.  The gang's all there including the likes of Bendis, Fraction, Loeb, McGuinnes, Dodson, Hitch and more.  And in Fear Itself #7.2, Thor is laid to rest (but then I thought that's what was happening to Winter Soldier in #7.1).