It was this series of covers for Classic X-MEN in the early 90's
that sold me on the wonders of Mike Mignola.

This series of covers published over a 14 month period reflect an artist on the edge of brilliance.

He had been working for Eclipse and Marvel for a time and while his work had been interesting it
hadn't in my mind been inspiring -
until the slow roll out of these sublime images.
In my opinion the maturing and honing of his artistic abilities occur
upon these wonderful covers.
As the months pass the compositions become bolder, tighter and more focused.
The mastering of Chiaroscuro, so evident in his later works, initially appears timidly but later
in these series of covers the shadows fall heavy as the light illuminates these most
Gothic of X-MEN images. 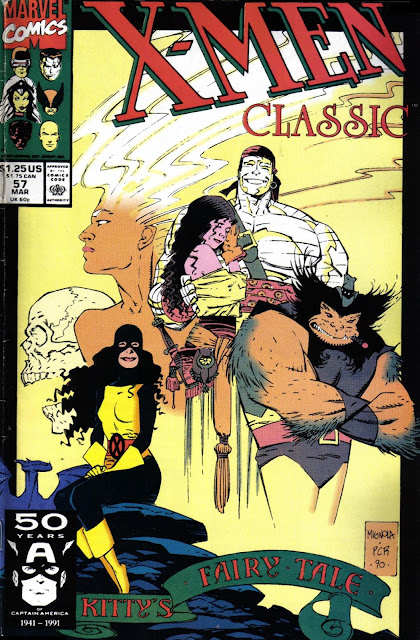 It seems ever so fitting that we start with a Fairy Tale.
Actually it most be noted that the fantastic inks upon this cover series where administered by
the wonderful P Craig Russell no stranger to the odd Fairy Tale himself.
Two years after this cover series the Mignola/PCR combination worked wonders on Howard Chaykin's  Steam Punk drenched 'IronWolf : Fires of the Revolution' original graphic novel for DC. 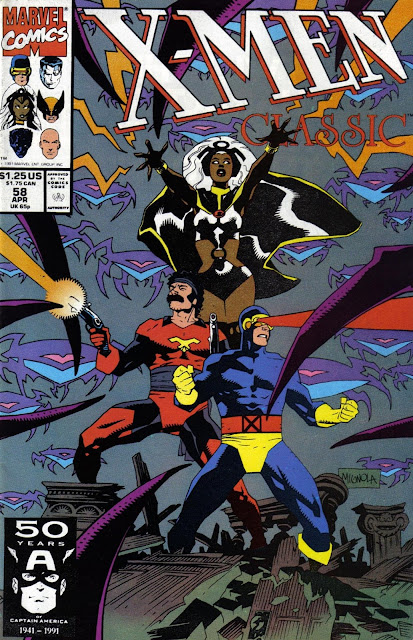