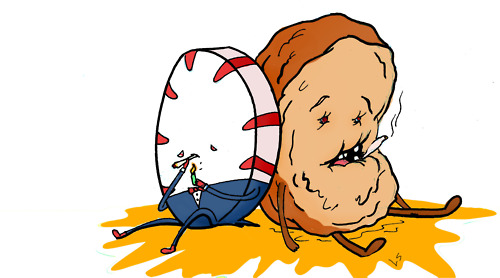 Muscular
offerings from DC this week as Superman Unchained # 2
and the second part of Batman Year Zero wrestle each other for
shelf space and store sale supremacy! 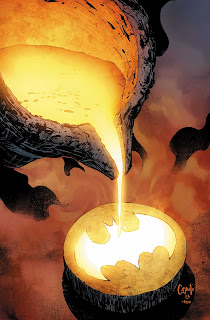 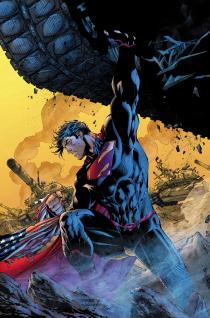 For those who are curious over the victor of last months battle between these two behemoths within the walls of Dave's Comics
it was a ‘slam dunk’ (a term I’m aware of only due to the Scooby Doo Harlem Globetrotters team up) by Batman.
What Multi-million movie marketing campaign?


Trinity War
starts this week in Justice League # 22
Although according to the checklist below the prelude occurred in last weeks shelf hugging
Trinity of Sin:Pandora # 1 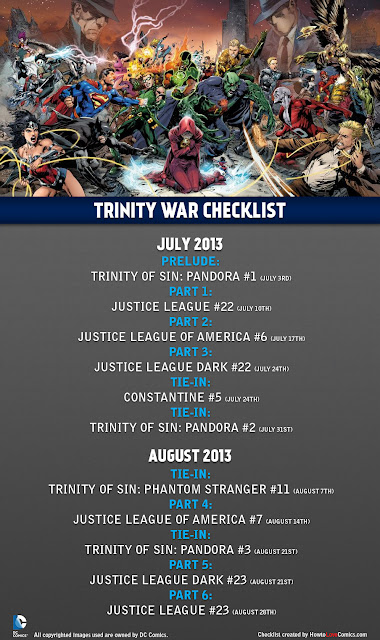 How important is this comic?
Well not only is it the long touted x-over between Justice League, JLA & Dark it serves as a prequel to Villains Month in September.
So quite important, but I’m not really that clear on what the hook is...
Once upon a time DC were marketing this as the first BIG event in the New52 Universe but it certainly seems to me to have been demoted somewhere along the line. 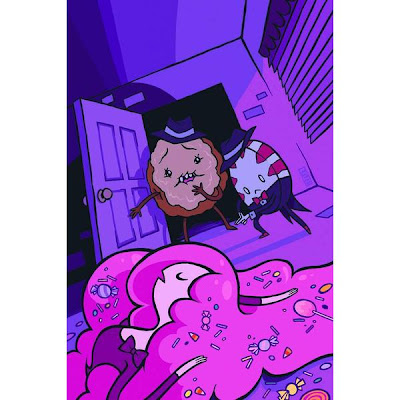 Finn and Jake's peripheral pals caramelise themselves for your pleasure.

A SUGARY WHODONEIT IN THE LAND OF ADVENTURE TIME! Something rotten is afoot in the land of Ooo, and someone's gotta sniff out what it is! When Finn and Jake are suddenly kidnapped, Princess Bubblegum deputizes two of her most trusted citizens...Peppermint Butler and Cinnamon Bun?! The crime movie homages come hard and fast in the Candy Kingdom that never sleeps, written by acclaimed cartoonists Yuko Ota and Ananth Panagariya (JOHNNY WANDER)! Don't miss the newest hardboiled addition to the ADVENTURE TIME comic book family!

Look, your either in or your out regarding this sequential surrealism by now. 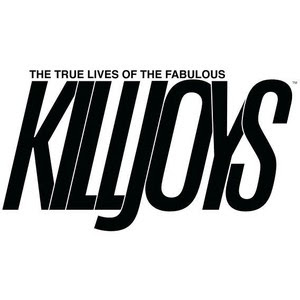 We have the delicious True Lives of the fabulous Killjoys # 2
written by POP star proper Gerard Way.
Ditching his band for a duet with Becky Cloonan provided us with last months wonderfully disorientating debut.
Here’s hoping the sophomore single succeeds. 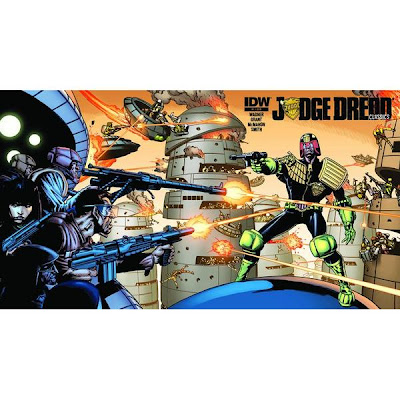 From the idiosyncratic IDW we have a Technicolour treat.
Back in the 80’s 2000AD ran a serial called Block War featuring art from such luminaries as Ron Smith and McMahon.
Depending on what side of the palate you prefer,
monochromatic or rainbow bright,
this is either a travesty or transformative.
Bolland wraparound cover and a frame to frame recolouring by Charlie Kirchoff
Anyway you be the Judge! 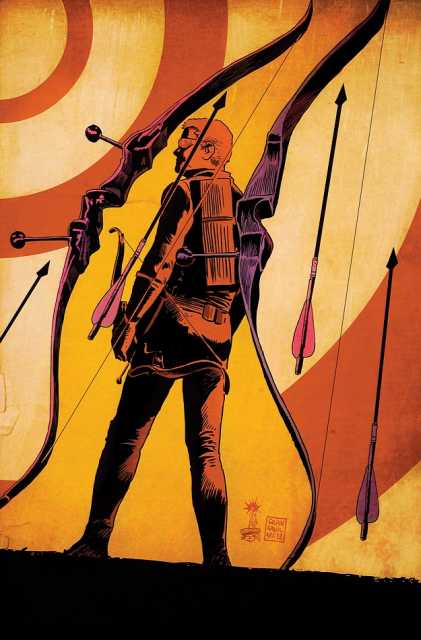 Marvel parade a trio of critical darlings staring off with Hawkeye #12
(By the way #11 surely this has to make the short list on next years Eisners.
I'm sure Will would have approved of this Ware/Mazzucchelli mash up that is still in stock)

Actually as an experiment in paper vs digital I accidentally downloaded a torrent of 'Building Stories' and
to no great surprise it’s unreadable on a 10” screen whatever the orientation.
Hooray paper wins again! 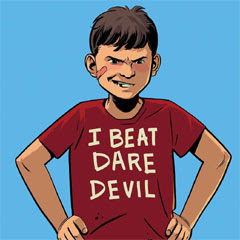 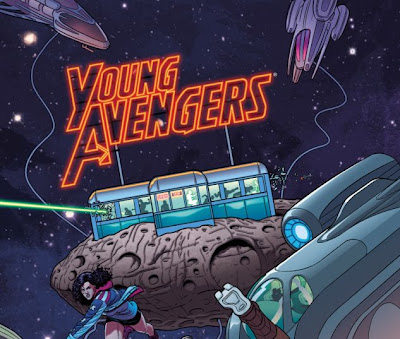 Vertigo offer Astro City # 2
Oh that reminds me, extra copies shipping on Thursday due to totally unprecedented unpredictable demand from some of you good people
so email early to avoid a Wednesday Weep 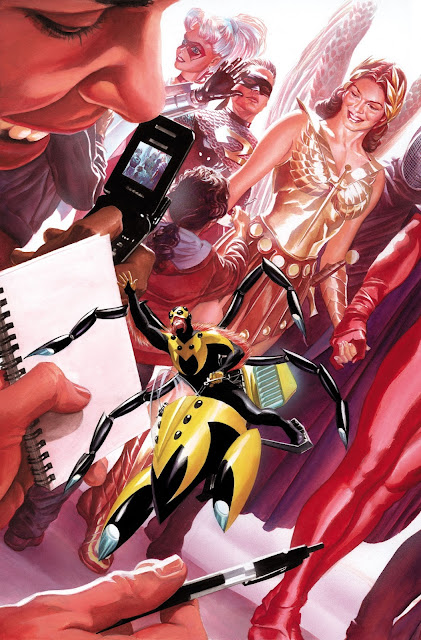 Over at Image we have the penultimate Americas Got Powers
(I know, I know how late!) 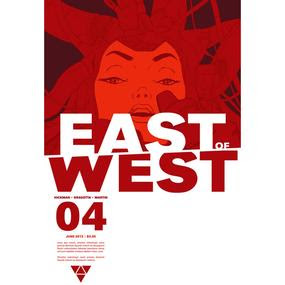 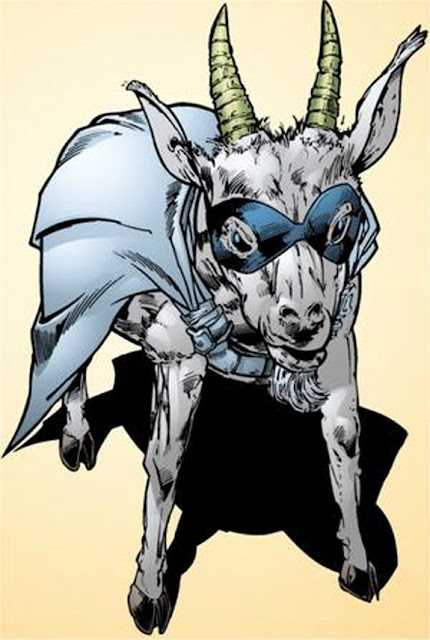 Lots more on the shelf
Consult the shipping list if you really want to spoil the delight of a good old Wednesday browse.
By the way-

On the warmest of days we do in fact accept iced goods in return for paper products. 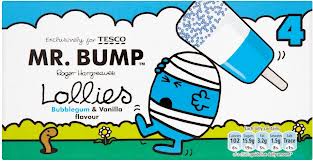