“I’m not ready to let go of the things that make me happy.” 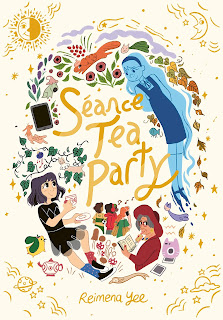 There’s a touch of magic in Seance Tea Party (RHGraphic) and it's not just with the inclusion of ghosts and fairies; it's in how it takes deep themes about coping with the passing of time, maturing and change, all with a lightness of touch that doesn’t feel mawkish or preachy – and in a way that conveys the joy of being young while encouraging the march towards adulthood.

Lora is losing her friends to a teenage world of partners and parties which doesn’t interest her as she would rather be playing. When her birthday seems to have been ignored by her best friend, she holds a séance tea party with her toys to cheer herself up and inadvertently evokes the ghost of a girl named Alexa. The ghost is looking for recognition and a playmate and Lora is in need of an understanding friend – both are avoiding moving on in their life journeys. 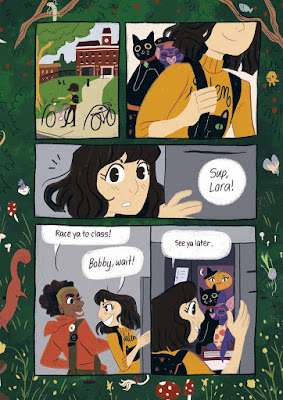 The plot grows with the inclusion of another character that allows for larger the themes to develop particularly through Alexa’s story, taking the book to deeper levels. As the story inevitably moves towards the need to let go and move on, it never becomes maudlin or over-sentimental. This isn’t just because of writer-artist Reimena Yee’s deft handling of the dialogue, but also the beautiful lightness to the illustrations. It feels less like reading and more like flowing through the story, with swirling images filled with movement and a restless mix of panels and larger pictures littered with leaves or cute doodles in the margins. There’s a nice six-page sequence of wordless storytelling near the beginning which shows the gang of girls reducing in number over time until Lora is left by herself. 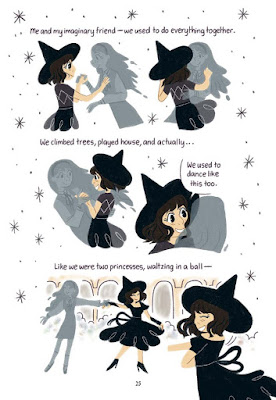 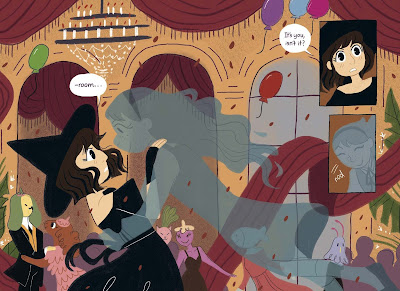 This a lovely book for younger readers, particularly if they have any concerns about leaving behind childish ways, but older readers may also find value in the wisdom on offer – even if the message is familiar, rarely is it presented so charmingly.