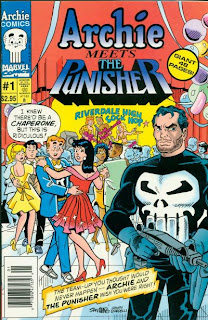 A few talking points this week on another truncated posting (just got back from me hols don't you know). Book-wise we have the corking value Best of Archie Comics. Only £7.50 for highlights of 70 years worth of material. No comic can keep going that long without containing some golden nuggets of entertainment. 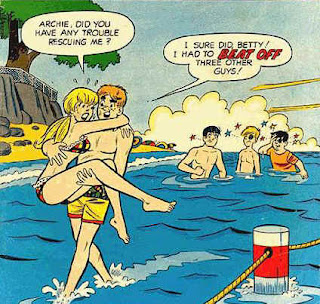 From the other other end of the see-saw there's the paperback release (or should that be re-release considering it was the original format) of Gotham Central Book 2 (DC). Never shying away from procedural and political complexities this is a title that's enjoying a well deserved rediscovery whether it's because co-writers Ed Brubaker and Greg Rucka's stars have ascended that much further or whether, aside from the irregularly shipping Powers, there just isn't anything around that does what it does so well.

And slap-bang in the middle, Oz: Marvellous Land of Oz (Marvel) also makes it to paperback. This multi-award-winning series continues the defining adaptation of Frank L Baums' Oz books with glorious artwork by Skottie Young. The hardcover editions are slightly oversized and the paperbacks are a nice, rather handy, undersized format. 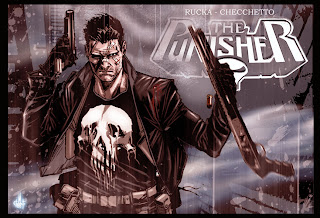 The week has treated us to a clutch of comics including Punisher #1, part of Marvels own little re-launch (see also Captain America, Ghost Rider, Daredevil). It's not part of the Max line which means it's not going to be as explicit as previous exploits but when the writer is Greg Rucka (prolific huh?) then we're probably in for a run that focus' more on hard-boiled crime rather than the runny yolk of gore. Indeed he's already said that for the start he'll be employing a rather intriguing narrative device of only seeing Punisher through the eyes of other characters. Terry Moore wastes no time after wrapping the engaging Echo with a new mystery entitled Rachel Rising #1 - it will be beautifully drawn that's for sure. The other big release is the penultimate issue of Flashpoint #4 centring on the war between Amazons and the Atlantians. Nearly there folks...