Weekly Treats! Fracture of the Universal Boy, Captain Swing & Who Is Jake Ellis? 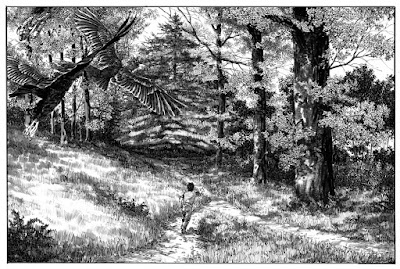 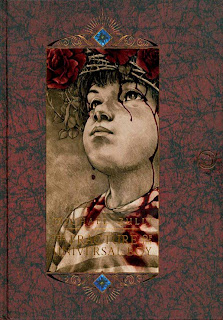 Most closely associated with his work on The Sandman series which included the final story arc The Wake, Michael Zulli has spent the last ten years in something of a retreat away from deadlines, contracts and any sense of commercial sensibilities whilst he toiled on The Fracture of the Universal Boy (Eidolon Fine Arts).  The 200 page book even represents something of a self-publishing venture after an appeal went out for donors to help raise the $17,000 to see it published.  The target was reached almost twice over and at the back of book there is a list of all the patrons who contributed which should give you some idea about just how highly anticipated the project is.  So what was this book that Zulli felt so passionately about? 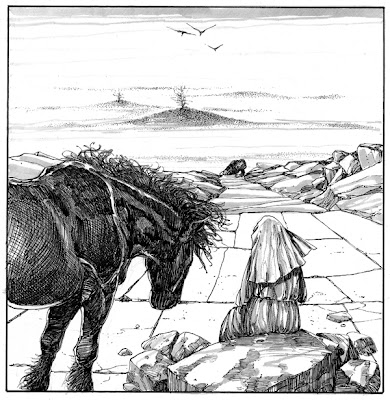 Told in a kind of symbolic dream logic I have tried to address the ideas and motivations behind the artistic life. What is the nature of belief? Love? The process of making art? At times it is pure unadulterated nightmare, brutal and almost blasphemous, and at other times sublime and even a bit silly, the book is a true labor of love...In effect it is my own personal monster, cobbled together from all the various bits of things that fascinate and appall me. It was deliberately made to provoke ideas, outrage, and catharsis, and the sense of peace one has after the inner storms pass, leaving one clear and washed clean.
Michale Zulli 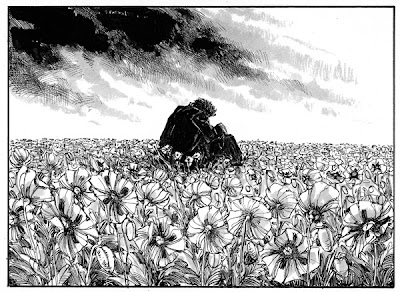 For further, somewhat darker images and a review see here (you have to scroll down a bit to find it).

Getting a little tired of waiting for an issue (any issue) of Lady Mechanika?  Well you can get your Steampunk kicks with the almost-as-long-to-come-out series collection of Captain Swing and the Electric Pirates of Cindery Island (Avatar - due for a perky Christmas after Neonomicon and Chronicles of Wormwood).  Contary to writer Warren Ellis's claims that this is not a Steampunk title but "an Electrical Romance of a Pirate Utopia Thwarted", its got a similar design look about it although it's probably more authentic for being less contrived to cash in on the trend.  It also benefits from Ellis's more scientifically speculative mind - I'd suggest the finest around in this area of comics.  The illustrations are by Raulo Caceres. 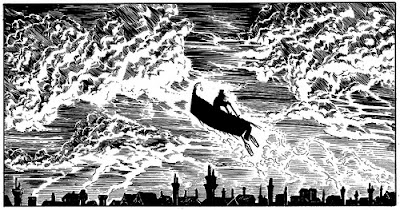 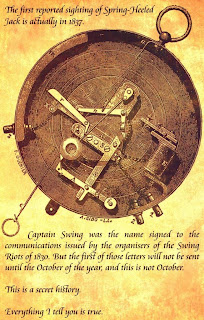 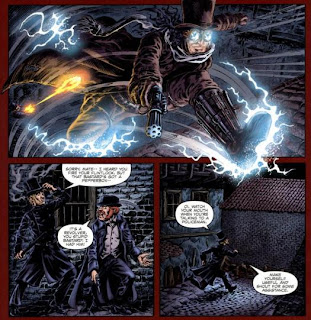 The Crime section of the shop has received a steady input of quality stand-alone graphic novels over the year and on occasion there has been an element of high-concept about them.  This week we have Who Is Jake Ellis? (Image).  Jon Moore (Ellis and Moore - surely a nod to two favoured writers perhaps?) is a hugely successful spy due to the fact that he has a spectre watching over him that only he can see and hear.  Sound corny?  It could have been but it has the look and feel of the Human Target series from Vertigo.  By Nathan Edmondson and Tonci Zonjic. 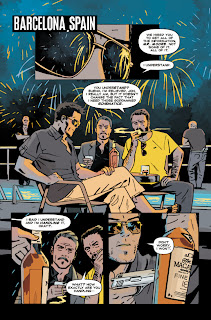 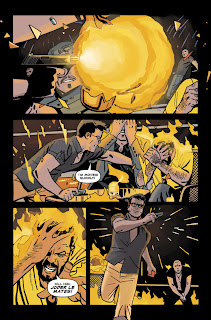 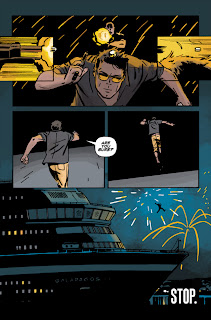 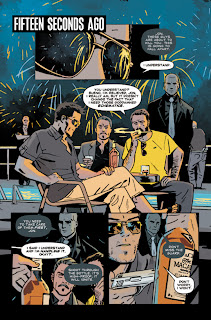 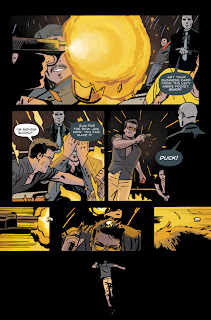 There's also Scalped vol. 8: You Gotta Sin To Get Saved. You don't just get great titles by the way, it's a really good, tough series.  And Grant Morrison's Batman & Robin vol. 2: Batman v Robin makes it to paperback.  Art by Cameron Stewart and an uncomfortable Frank Quietly cover.


But don't forget the weeklies. Batman #3 has one of those solicitations that promises to change things forever, this REVELATION comes within the bat-family. In Justice League #3 the team is still forming and it ain't no team without Wonder Woman.  Speaking of which the excellent Wonder Woman #3 features another book with a character withholding a terrible SECRET.  The well-received Cap relaunch continues in Captain America #4 and be here for Incredible Hulk #2: Hulk vs Banner.  And finally Fear Itself #7.3 as Tony Stark squares up to Odin and what's this everybody: Tony's darkest SECRET is revealed to the World!

Full list of titles under the Features tab.
Posted by Daves Comics at 12:43 pm