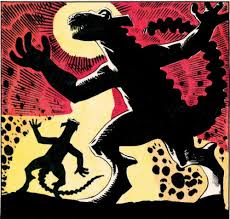 Once upon a time this would of course be New Comics Day
&
WILL be again one day
In the meantime...

Hope your as anxiety free as one can be in this new reality.

Everyone here is doing fine and we are all in touch,
healthy and keeping our social distance from the world.

Hmm that's a different matter all together.

There is A LOT of moving pieces in the industry at the moment from publishers to distributors
and its impossible to predict what the outcome will be.

The big not great news came out that Diamond have decided to withhold payment to Comic
and Game suppliers.
In case you didn't know Diamond have a sister company Alliance that distributes Board games and collectible card games such as Magic the Gathering.
This is not a great situation what with Marvel and DC accounting for 80% of all new comics sold.
You can read about over at the very level headed ICv2 site
https://icv2.com/articles/news/view/45534/diamond-alliance-suspend-regular-payments

Where this all lands is anyone's guess but we have seen similar turmoil in the industry and survived it.

For fans who were collecting in the 90's this is familiar ground with the 'Distributor Wars' between Capital City
Heroes World and Diamond-who eventually emerged victorious.

Here is a brief timeline of those events from the fantastic https://www.comichron.com/comicstimeline.html

We really are just spectators as these ancient Kaiju bloody the waters.

We are probably a good while off from regular shipments
of new comics into the UK I'm afraid to say-
but we will keep you posted.