Imminent Emollient ONE : New for Friday the 7th January 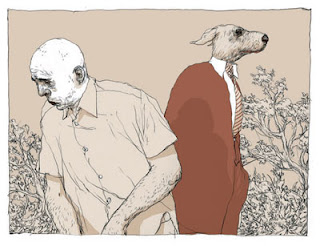 New Year and a promise of an informal post about the imminent releases each week.
This week is unquestionably Marvel centric, with almost 65% of all new comics from the House of Ideas ( if not a conscience).Virtually all the heavy hitters are present, Avengers and X-Men families healthily represented and the 200th issue of What If? to boot. 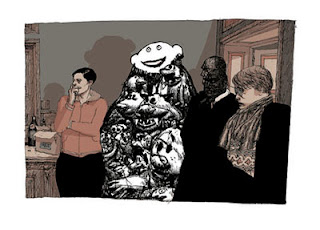 DC enters this fresh year with 4 new titles.
Batman Beyond #1 is the only ongoing of the quartet, following the successful recent mini series.
Weird Worlds #1 is a DCU Cosmic mini, with Lobo and Kevin Maguire included, over sized and the only book to carry the $3.99 curse from DC this week.
Congorilla & Starman one shot by the ubiquitous James Robinson that expands story threads from his current JLA run.
Lastly one time pretender to the cape Steel, has a one shot that ties into the Return of Doomsday 2nd quarter event, first death of 2011 I suspect (that's speculation by the way not a spoiler). 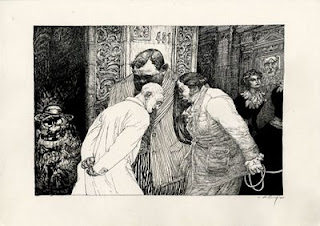 A handful of non 'Big Two' titles, led by the shambling some say rambling Walking Dead.
Original Graphic Novels for the week lead us to the frankly hands down greatest release of the week, the
wonderful Salvatore vol 1 Transports of Love from Nicolas De Crecy. 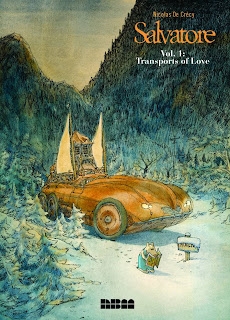 NBM describe it like so:
The best-selling and acclaimed author of ‘Glacial Period’ in the Louvre collection returns with a new series starring a dog auto repair mechanic so in demand, he can afford to move his garage to a distant hard-to-reach peak for peace and… privacy. The privacy, as it turns out, is to build a mode of transportation that can get him through earth and seas to his beloved, far, far away. As unpredictable and totally original as ‘Glacial Period,’ this is a Plymptonesque tale filled with absurd, irresistible bittersweet humor.
They like it and so do I, criminally only the second work of this genius to be translated into our vulgar tongue, I urge you, nay beg you to take a gander at this gentlemen s wares, and a snip at £11.
It will be on the ground floor front table and the filling in the Raise the Dead 2/Secret Warriors sandwich on the first floor.
The pictures that populate this post are all by Nicolas, whats not to adore?
Emitown from Image looks sweet in a gnarly Mangaesque autobiographical manner, and Duncan the Wonder Dog looks to be fascinating. Vol 1 of 9 from Adhouse, 4 months late and allocated to 30% of our initial order, so get in early to check it out.
We should have the balance of the order over the next couple of weeks fingers crossed. 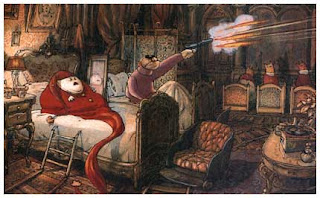 The rest of this weeks books follow:
Posted by Daves Comics at 10:36 pm