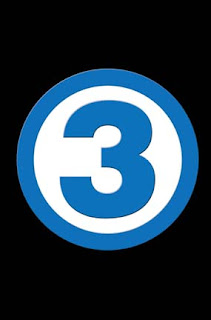 In an unexpected move Marvel are letting us sell Fantastic Four The Death of (?) THIS TUESDAY!
So just follow the circling vultures and albatross's to us AFTER 12PM realistically.
This issue comes POLY BAGGED in a commemorative black plastic shroud.
Like any responsible retailer,we were reluctant to send the wrong message to Marvel Comics that we endorse
these 'enhanced' speculative items, which were surely the sole reason of the near destruction of the ENTIRE INDUSTRY
in the late 90's!
We have shown great restraint and ordered prudently and increased our regular order by 300%!
So then I'm really really sorry if Marvel decides to ploy bag the entire line later in the year because these sort of gimmicks do encourage retailers to increase orders.
Anyway so don't worry, we should have enough copies for a few days(months, years...) at least.
If you would like to reserve a copy just drop us an email.
I'll leave you with Marvels NEW EIC, tell it like it is Axel...
Alonso: The operative word is "moderation." The black bag is fun and it delivers a message about what's inside. That said, here at Marvel, we live and die by the content so let's face it: We're going to be judged based on what goes on between the covers.
Oh you so will be, within minutes one suspects.
(By the way surely its Johnny...)
Posted by Daves Comics at 3:56 pm