Morning Glories #1 (Image) arrived last year on swell of hype that saw the issue sell out on the same day - but all that is yesterday's news as volume one arrives this week. Pitched as Lost meets Runaways it's about a group of teens who arrive at a special prep school for the particularly gifted. Gifted how you may well ask, although there's a whole host of questions to ask as the mystery deepens on the back of weird happenings. Newsarama interviewed creators Nick Spencer and Joe Eismer. 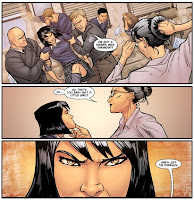 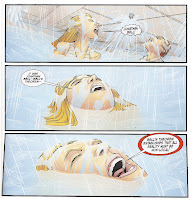 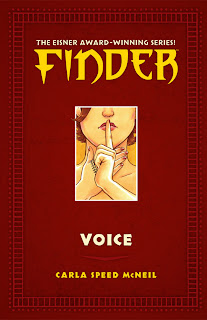 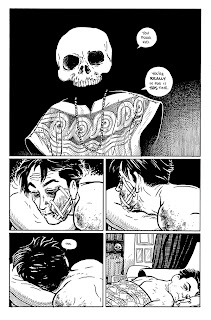 Carla Speed-McNeil's award winning Finder series has been building since the mid-nineties, first seen on her website (which also doubles as a blog) and then published into collections - that's right, she's been putting on the web for fifteen years now! It's character-based sci-fi - aboriginal science fiction as McNeil calls it - usually following the drifter Jaeger, a much maligned but often in demand 'sin-eater'. Dark Horse has just taken over publishing rights and this week sees the release of Finder: Voice which will be followed up next month with the reprint of earlier work The Finder Library Volume 1. A website has been set up to introduce people to the Finder universe. Great stuff.

True Blood picked up the mantle from Buffy for being the outrageous vampire tv treat of choice but while the comic didn't have the attraction of continuing the story once the tv show was canceled (as with Buffy), it still has the producer helping out on writer duties. Like the Buffy comic it's being broken into "seasons" but unlike Buffy each season is just a six-issue story arc, the first of which is collected this week. Also out are DMZ volume 9 (Vertigo) continuing the popular alternate reality series set in war-torn New York and Mark Millar's latest hard-cover box of testosterone-fueled nastiness; Nemesis (Marvel).