Alright, alright ya bums; I know it's late but I got other stuff to do as well ya know! As if anyone is impatiently refreshing this page for my penny-worth. Anyhoo for book of the week this week I'm going for a reprint. 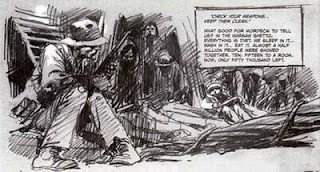 Yossel belongs alongside greats such as Maus and the work of Will Eisner. Written and illustrated by Joe Kubert it tells the story of Yossel, a fifteen year old boy living in Nazi-occupied Poland during World War II who becomes involved in the Warsaw Ghetto uprising. 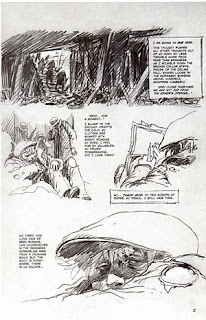 The story is told through rough, borderless sketches which not only convey the way in which Yossel is always sketching images of fantastic, mythical characters but, more poignantly the sight of the 'unfinished' illustrations speak of the unfulfilled potential of so many lives. Beautiful, heartbreaking and important. 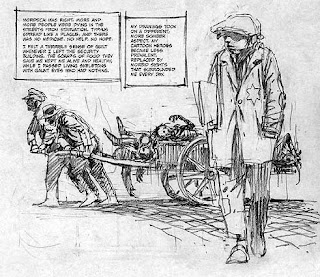 If Marvel elbowed out DC last week DC responds with elbows, knees a nose. With Flash #11 finishing up the Road to Flashpoint storyline there's no respite as Flashpoint #1 itself arrives with Geoff Johns and Andy Kubert (Joe's son BTW) promising, promising, promising that it's not an imaginary story or an Elseworld adventure; so what the heck is gong on here then? Batman Inc. #6 treats us to a dose of Grant Morrison and Batman Arkham City #1 bridges the gap between the all-conquering Arkham Asylum game and the new one.

Marvel doesn't go down without a showing of course and FF #3 continues to explore the fate of the Council. Meanwhile there's another Hellboy one-shot to treasure illustrated by the wonderful Richard Corben.