In just a few days time we'll be hosting a signing event for the launch of The Great Unwashed (Escape Books), an anthology of indie material produced by brothers Warren Pleece and Gary Pleece for publications such as Crisis, Revolver and Escape over the last 25 years. On Saturday 15th September between 1:00pm & 3:00pm, Warren and Gary Pleece will be in the shop signing copies of the book. 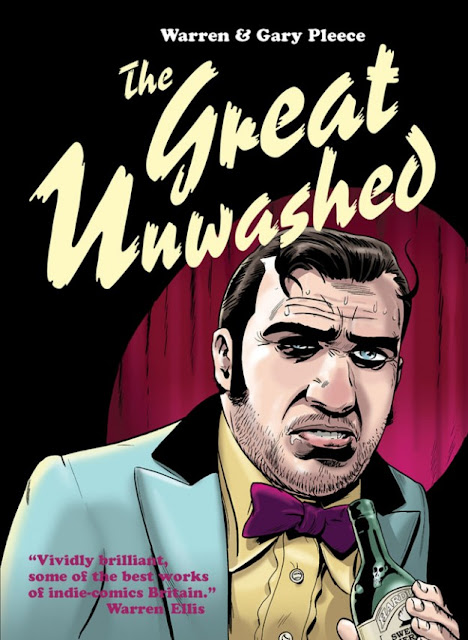 Here's a review of the book as published in TheWord magazine:

Email ThisBlogThis!Share to TwitterShare to FacebookShare to Pinterest
Labels: Signing