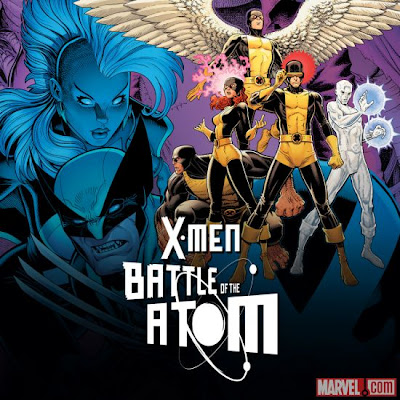 I can't remember the last time we had a 4 way collision of events.
I certainly can't remember a time when DC and Marvel both had two a piece colliding on one shipping week.
DC launch Villain Month on the heels of the cataclysmic shenanigans that went down in Justice League # 23 prepare to be spoiled here.
September is now officially Villain Month in the DCU with every title sporting a 3D cover and showcasing a villain. You can read our views on this here.
Every issue is self contained but will inform and enrich to differing degrees DC's first proper EVENT book in the New 52, Forever Evil.
Marvel launches the 10 part X-MEN X-over in  Battle of the Atom #1 and we also have the second issue of  Infinity.
Here we go then,
deep breath and deep pockets required.
DC
Forever Evil #1

VILLAIN MONTH WEEK 1
Yes I found all the gifs*
Just to remind all our lovely standing order customers not to worry
about getting the 3D versions of this weeks books.
We covered 99.9% of all orders.
If your not on standing order and you want 3D covers
don't leave it until Friday.
Remember we are open until 7pm tonight so if your really keen
on getting these covers, come on down. 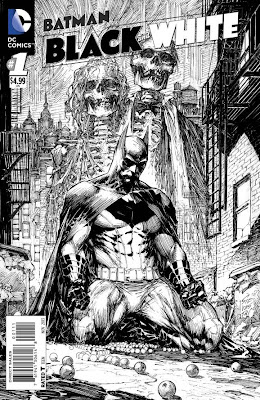 What a silly week for DC to release this title.
Going head to head with 4 other Batman related books and a deal breaking $4.99 price point to boot.
Neal Adams offers up a Denny O'Neil/Bob Haney sermonizing mash up in exquisite tones of graphite for starters.

The legendary, Eisner Award-winning series BATMAN BLACK AND WHITE returns in a brand-new six-issue miniseries featuring tales of The Dark Knight by some of comics’ greatest writers and artists! 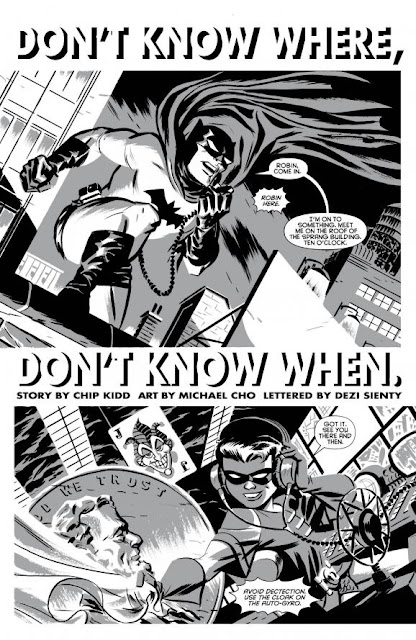 “It's been great fun to relaunch BATMAN BLACK AND WHITE, it's a series I'm quite proud of,” said editor Mark Chiarello. “As with the original, I knew the key was to work with the best of the best writers and artists again. I mean, how can you go wrong with the greatest comic character of all time? PLUS talent like Neal Adams, Marc Silvestri, Sean Murphy, Chip Kidd, and all the rest!”

Void of color but full of action, BATMAN BLACK AND WHITE #1 kicks off with the talent of Chip Kidd and Michael Cho, Neal Adams, Joe Quinones and Maris Wicks, John Arcudi and Sean Murphy, and Howard Mackie and Chris Samnee. 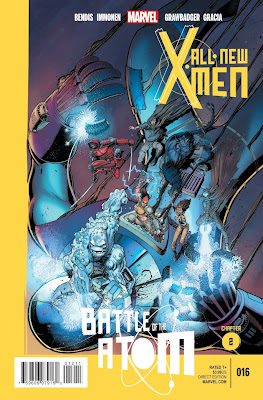 I liked this a lot.
X-MEN BATTLE OF ATOM #1 PART ONE
ALL NEW X-MEN #16 BATTLE OF THE ATOM PART 2
Marvel.com: As a writer and as a reader and a fan, what’s got you most excited about this event?
Jason Aaron: I think it’s the future X-Men that are in the mix. They’ve been fun to explore. Some will be surprising and some will be familiar. There’s a lot of surprises there and a lot of cool stuff that we’re setting up, not just for this story, but for what we’ve got going on down the road.
Brian Wood: I think events get a bad rap for all sorts of reasons, but people always buy them anyway. I think events can create situations that can't happen in a book's regular story, and that right there makes it appealing. Events can show you new things, and in this case, there [are] a lot of new things going on. There's this whole extra layer of story in BOTA that hasn't even been hinted at yet. 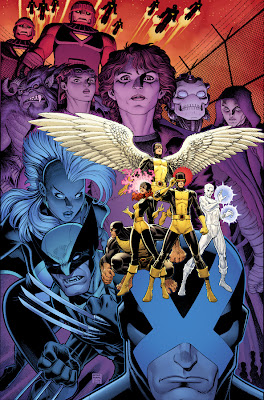