KATIE GREEN
LIGHTER THAN MY SHADOW 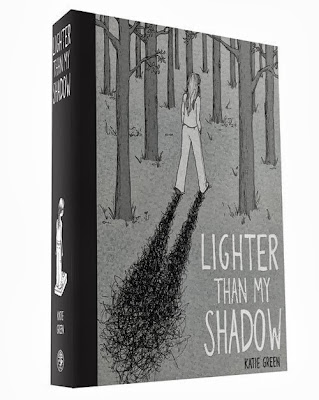 She’d sit at the table in silent protest,
hide uneaten toast in her bedroom, listen to parental threats she’d have to eat it for breakfast.

But in any life a set of circumstances can collide,
and normal behaviour can soon shade into something sinister, something deadly.

Lighter Than My Shadow is a hand-drawn story of struggle and recovery,
a trip into the black heart of a taboo illness, an exposure of those who
are so weak they prey on the weak, and an inspiration to anybody
who believes in the human power to endure towards happiness. 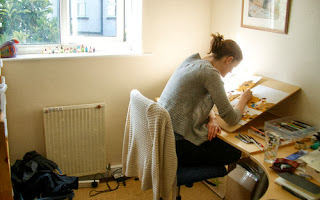 Katie Green grew up in the London suburbs and moved to Bristol in 2002 to study, where she has lived ever since. After completing a degree in Biology she studied Sequential Illustration, graduating with first class honours in 2009.

Her graphic memoir, Lighter Than My Shadow, began as a degree project and was signed up by Jonathan Cape in early 2010. The completed work, some 500 pages, took almost 5 years to complete.

In the meantime, Katie has self-published a bi-monthly zine, The Green Bean, since May 2010. She sells her zines along with prints and other artworks at events around the country and online.