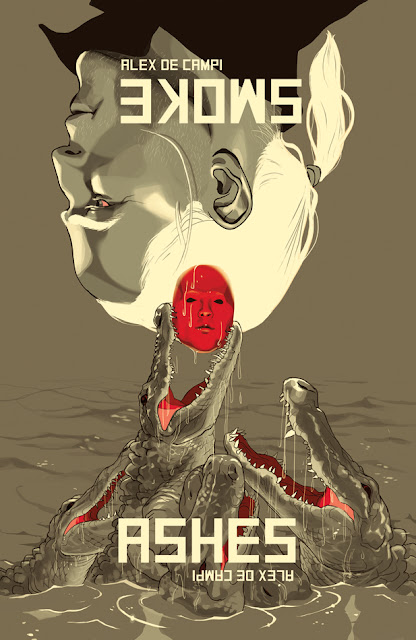 Quite a varied diet of delicious books this week. 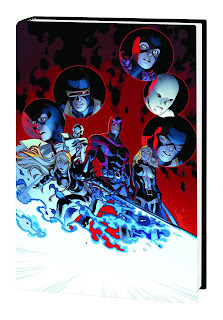 The time-displaced young X-Men continue to adjust to a present day
that's simultaneously more awe-inspiring and more disturbing than any future
the young heroes had ever imagined for themselves. As Jean Grey pushes her
powers to the limit, shaking her and the rest of the X-Men to the core, one
of the young X-Men breaks rank - and leaves to join the adult Cyclops and his
revolutionary crew! And when Mastermind targets the young Jean, will history
repeat itself?
Plus: When the teens find themselves face-to-face with the Uncanny Avengers,
young Cyclops meets the adult version of the brother he thought he'd never see again!
They never warned us about this sort of thing in temporal mechanics class!
Acclaimed writer Brian Michael Bendis further defines the future
- and the past - of the X-Men! Collecting ALL-NEW X-MEN #11-15. 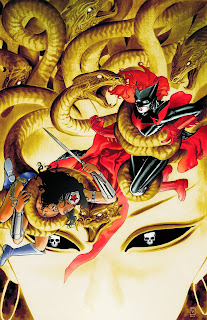 (Writer) J. H. Williams, Haden Blackman
(Art) J. H. Williams, Trevor McCarthy
Batwoman's search for Medusa brings her together with Wonder Woman in these stories
from issues #12-17 and #0, but even this team might not be enough to bring down the
mythological monster, as Bones, the DEO, Abbot and the Religion of Crime all descend
on Gotham City to take part in the fight.
BATWOMAN TP VOL 02 TO DROWN THE WORLD
Collects  BATWOMAN #6-11 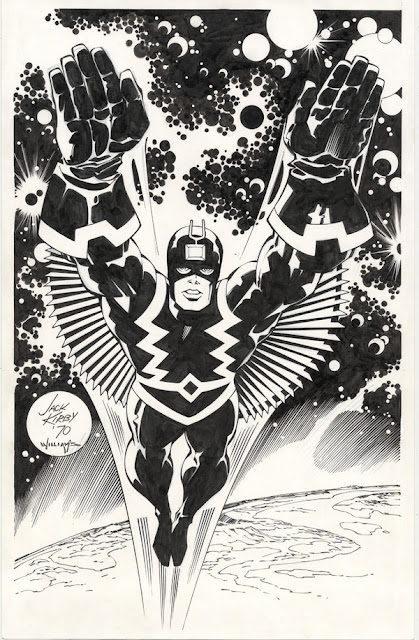 Not the cover but how lovely is that!


(Writer) Stan Lee (Artist) Jack Kirby
In 1965, a strange family of outcasts made their debut in the pages of
FANTASTIC FOUR. The uncanny Inhumans quickly became more than
just another set of adversaries - and they all but took over and made the
magazine their own! The mysterious origins of Black Bolt, Medusa, Gorgon,
Triton, Karnak, Crystal and Lockjaw were revealed month after month until
reader demand gave them their own feature in THOR! Now, the story of the
Inhumans and their wondrous, secret land Attilan is collected from the very
beginning! From Medusa's debut as a member of the Frightful Four to the battle
to break the Great Barrier, it's all here in incomparable Stan and Jack fashion!
Collecting FANTASTIC FOUR (1961) #36, #38, #41-47, #54, #62-65 and
ANNUAL #5, plus portions of #48, #50, #52 and #55-61; and material from
THOR (1966) #146-152.
IRON MAN EPIC COLLECTION TP ENEMY WITHIN
Collecting IRON MAN (1968) #158-177 and ANNUAL #5.


When a demon from Giles's past emerges in London, Angel has his chance to
capture the final piece of Giles's soul. But when Faith's innocent Slayer friends
end up standing between the guilt-ridden vampire and his prize, Angel is unwilling
to sacrifice new lives for one that was already lost-even if it destroys
his quest altogether!
ARROW TP VOL 01
Spinning out of the hit CW television series ARROW comes these digital-first adventures!
These new stories from ARROW #1-6 and #1 SPECIAL EDITION fill in the gaps
between episodes of one of TV's hottest new series!
TRANSFORMERS ROBOTS IN DISGUISE TP VOL 04
Megatron's back... and CYBERTRON will never be the same. Everything
BUMBLEBEE and his AUTOBOTS have built teeters at the edge of collapse-and
STARSCREAM has to make the choice his whole life has
been leading to.
And meet the new PROWL-deadlier than ever, colder then any other
AUTOBOT, and ready to end the DECEPTICON threat. 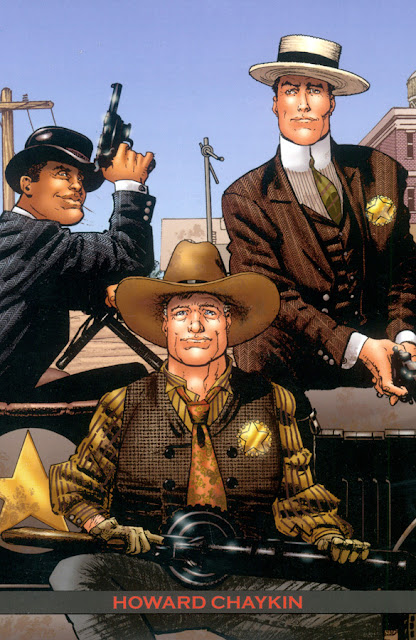 Writer/Artist Howard Chaykin
Century, Texas used to be a sleepy little burg, barely a whistlestop between
nowhere and the great beyond...until the 20th Century arrived with a bang,
bringing with it automobiles, aeroplanes, telephones, paved streets...and, of
course, the movies.

Howard Chaykin tells the colorful story of the American West, transformed from
frontier to legend, and how the American dream became a modern myth.
CONAN PHENOMENON 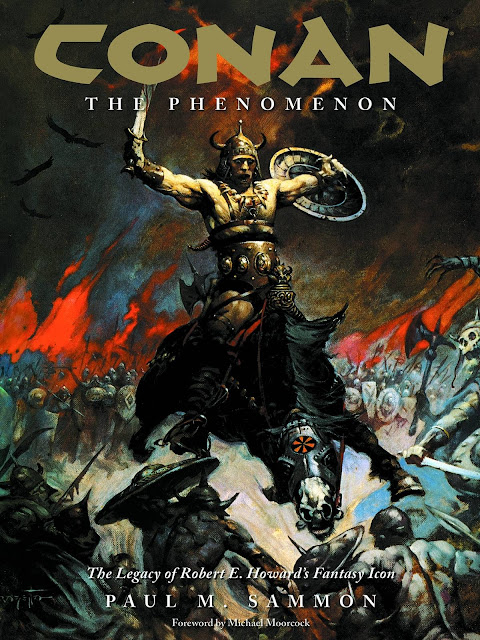 This in-depth tour through the history of fantasy's greatest hero covers everything
from the earliest prose pieces of Robert E. Howard, to Frazetta's explosive
artwork, through the Schwarzenegger film, and into the rebirth of the character
at Dark Horse Comics. Comics historian Paul M. Sammon delivers an
engrossing visual history! 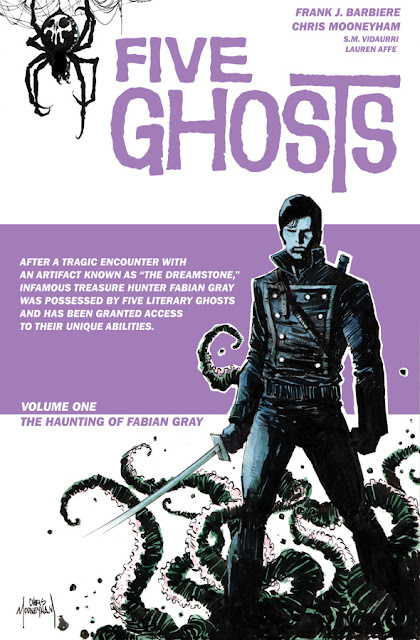 Budget priced at £7.50
(Writer) Frank J. Barbiere (Artist) Chris Mooneyham
A BOLD NEW ERA OF PULP ADVENTURE BEGINS HERE!
After a tragic encounter with an artifact known as "The Dreamstone,"
infamous treasure hunter Fabian Gray was possessed by five literary ghosts
and has been granted access to their unique abilities. Collects FIVE GHOSTS: THE HAUNTING OF FABIAN GRAY #1-5
JOE HILL THE CAPE HC DELUXE ED
Based on a story by award-winning author Joe Hill, The Cape Deluxe brings
both dark, powerful comic book series, The Cape and The Cape: 1969, together
into one oversized volume. Also features the original prose story by Joe Hill!

(Writer) Jim McCann (Artist) Janet Lee
"Part Star Wars, part Ocean's Eleven and all intergalactically awesome.
Just go ahead and beam me up now." - USA Today
The Eisner Award-winning team behind Return of the Dapper Men reunite to
create a completely different, and far more dangerous cosmos filled with intrigue
as one gambler-turned-slave has 24 hours to go all in and pull off the greatest
heist the universe has seen. Aboard a luxury star-cruiser whose glamour hides
deep secrets that endanger the entire galaxy, will Roland choose his own freedom
or expose the greatest lie hiding in plain sight? High risk stakes where either
choice means someone will lose everything!
Collects LOST VEGAS #1-4

MORNING GLORIES DLX HC VOL 02
Collects MORNING GLORIES #13-25
MY LITTLE PONY FRIENDSHIP IS MAGIC TP VOL 02
It's another unforgettable adventure in Equestria with all your favorite Ponies,
and a brand-new story arc! When a long-unseeen enemy brings danger close to
home and throws the Pony's world into darkness, the Ponies will have to face
new challenges and conquer old fears. 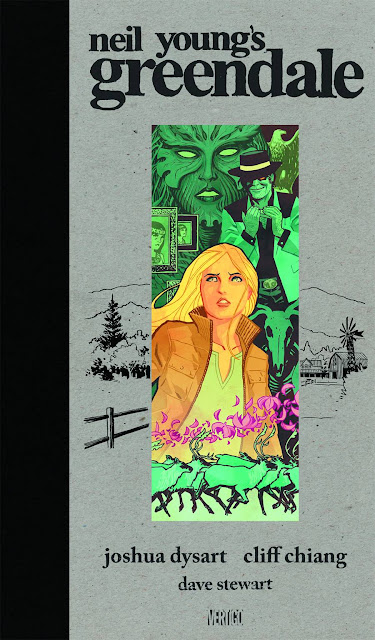 (Writer) Joshua Dysart (Artisr) Cliff Chiang
Legendary singer-songwriter, musician and activist Neil Young brings one of
his most personal albums, GREENDALE, to comics. In the fall of 2003, as the
nation gallops into war, a politically active teenaged girl named Sun lives, loves
and dreams in a California town named Greendale. And when a Stranger comes to
town - a character whose presence causes Greendale to, well, go to hell -
she'll find herself on a journey both mystical and mythical.

ROMEO AND JULIET CANDLEWICK SC ED
Gareth Hinds's stylish graphic adaptation of the Bard's romantic tragedy
offers modern touches, including a diverse cast that underscores the story's
universality. She's a Capulet. He's a Montague. But when Romeo and Juliet
first meet, they don't know they're from rival families - and when they find out,
they don't care. Their love is honest and raw and all consuming.But it's also
dangerous. How much will they have to sacrifice before they can be together?
In a masterful adaptation faithful to Shakespeare's original text, Gareth Hinds
(Beowulf) transports readers to the sun-washed streets and market squares
of Shakespeare's Verona, vividly bringing the classic play
to life on the printed page.
SHOW ME A STORY WHY PICTURE BOOKS MATTER 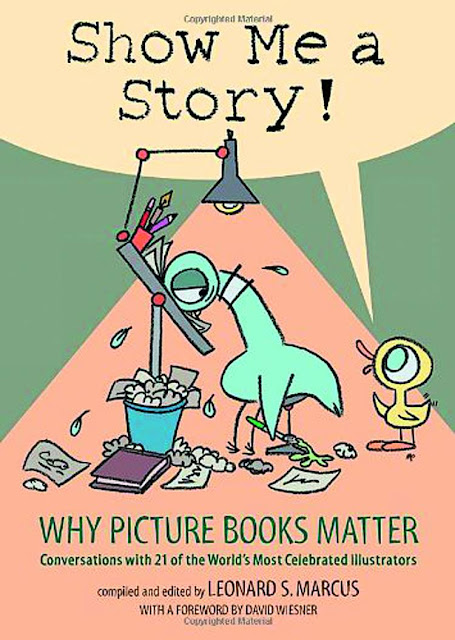 (Writer) Leonard S. Marcus
Max and Mickey; Miss Nelson; Pack, Quack, and Mrs. Mallard; Pigeon; Sylvester;
John Henry; and a very hungry caterpillar - these are just a few of the
beloved picture book characters discussed in Show Me a Story.
Renowned children's literature authority Leonard S. Marcus speaks with
their creators and asks about their childhood, their inspiration,
their determination, their mentors, their creative choices, and more.
Why do children love and need picture books so much?
Marcus confirms that picture books matter because
they make a difference in our children's lives.
SMOKE ASHES TP
Reporter Katie Shah’s exposés of the corruption of the English ruling class
put her in the crosshairs of powerful men on a good day. Smoke and Ashes
tells the stories of the bad days, as she and assassin Rupert Cain become
targets of a sinister cabal bent on controlling the nation’s oil and of a
psychotic intelligence that has uploaded itself onto the Internet!


• Art by Dan McDaid, Carla Speed McNeil, Bill Sienkiewicz,
Igor Kordey, Richard Pace, Colleen Doran, and more!
“Alex de Campi makes the wonderful look effortless. I’m buying this,
and you should too, if you have any sense at all.”
—Gail Simone (Batgirl, Secret Six)


Maxwell the Bear has taken it upon himself to find a weapon capable
of defeated the Boogeymen forever. Meanwhile, the Boogeyman contines
to manipulate all the players in his grand scheme as he attempts to
construct an army filled with soldiers who may well be indestructible.
TECHNOPRIESTS SUPREME COLLECTION HC 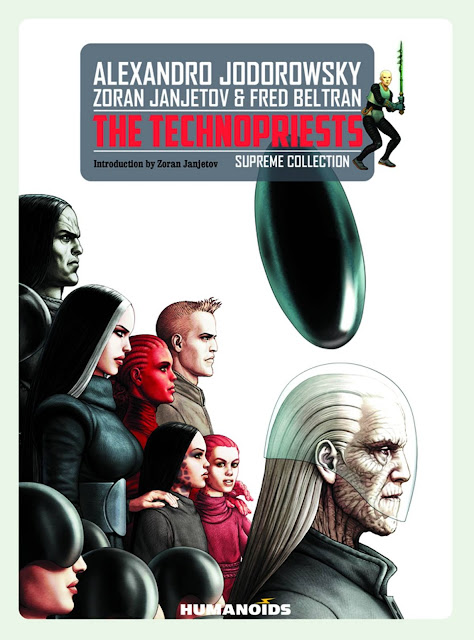 
Follow Albino's complete galaxy spanning adventures on his path to
becoming a Technopriest. Jodorowsky and Janjetov's epic Sci-Fi tale is
presented here in its entirety and with the same content as the deluxe
edition with slipcase released last year. This regular sized edition
features a brand new introduction by the series' artist,
Zoran Janjetov (Before the Incal).
UNWRITTEN HC TOMMY TAYLOR & THE SHIP THAT SANK TWICE 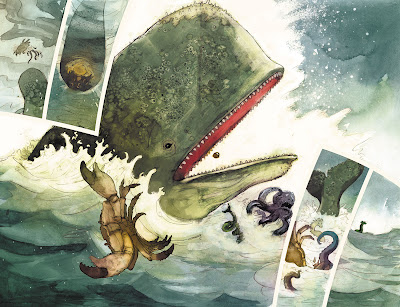 This exciting, original graphic novel explores the world of the
Tommy Taylor novels in a visceral and direct way and is a great
entry point for new readers.
Twenty-five years ago Tom’s father, Wilson Taylor, devised his subversive
literary masterpiece. Now the blueprint of how a father gave his son
vast power in order to accomplish a greater scheme is revealed.
Partly told through Wilson’s own journal entries, juxtaposed with
Tommy’s swashbuckling deep sea adventures with his trusty
companions Peter and Sue, the story is at once a prequel
and a parallel story to the ongoing series.

WORLD OF WARCRAFT PEARL OF PANDARIA 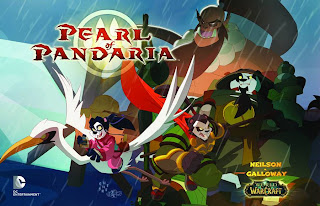 (Writer) Micky Neilson (Artist) Sean Cheeks Galloway
In this original graphic novel published in a landscape format, meet the
Pandaren, one of the most beloved (and mysterious) races in World of Warcraft!
The tale introduces Li Li Stormstout, a precocious young student who
lives atop a giant turtle called Shen-zin Su. Like the rest of the
wandering island's pandaren, Li Li comes from a line of adventurers
who left their homeland long ago to explore the world...and she
wants nothing more than to chase that dream. But when Li Li runs
away to find her famous uncle Chen, how will she survive Azeroth's perils?
Posted by Daves Comics at 11:00 am