"Did I say something stupid?" - The Wrong Place 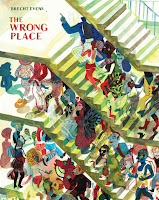 Hold the phone! It took the recent announcement of the Angouleme International Comic Festival award winners to remind me I hadn't read Brecht Evans' The Wrong Place (Drawn & Quarterly) which was released in November 2010 and I now have to come to terms with those three lost, shallow months without this stunning book in my life.

I should take comfort in the fact that, on first glance it's such a deceptively simple-looking book: Watercolour artwork, party scenes (house party to clubs) and chatty, small-talk dialogue. But when I spent a little time with the book, I was deeply affected by it's warmth and humanity in way that never felt contrived. 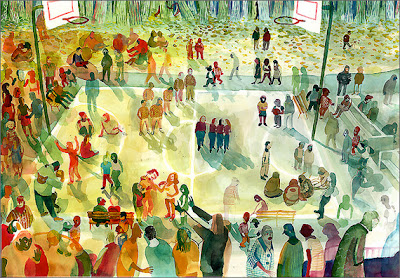 There are three chapters to the book: the first shows the good natured but rather dull Gary holding a well-attended house party. The reason the party is well-attended is that Gary's friend Robbie was supposed to be there and by the end of the chapter, despite him not arriving he has already begun to eclipse our central character. Well everyone knows Robbie you see. Everyone loves Robbie and everyone has a Robbie story. By the time the second story begins and we are introduced to Naomi who is nervously preparing for a night out we can sense her anticipation when Robbie himself makes a move on her. Finally, chapter three brings chalk and cheese together as Gary and Robbie meet for a drink. 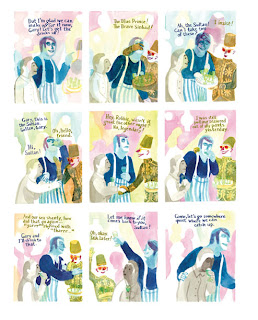 Gary and Robbie in their own distinct colouring.

Talking about the story feels like recounting a night out where the story hinges on your familiarity with those involved and, no really, you just HAD to be there. But that's one of the great successes of the book. I've never seen the club sequences captured so evocatively (but then I have no idea how he achieves some of the affects in these pages) and because the characters are given the time to breathe, their eccentricities cannot help but reveal themselves frailties and all. Beautiful.