Weekly Treats & Paying For It! 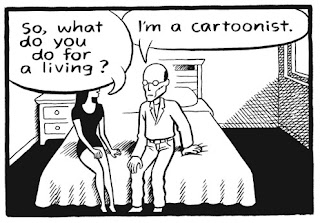 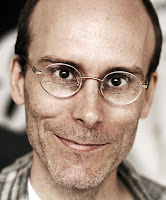 So a respected comics creator with a talent for autobiographical comics (see I Never Liked You and The Playboy) splits with his long-term girlfriend and then decides to renounce romantic relationships and rely on prostitutes to satisfy his carnal needs. Despite creating a self-justifying argument for himself, being an intelligent guy he's well aware that he's made a contentious decision and turns his journey into a graphic novel. This is small scale autobio comics heaven n'est pas?! Welcome to Paying For It (D&Q) by Chester Brown, surely one of the most eagerly anticipated releases of the year. 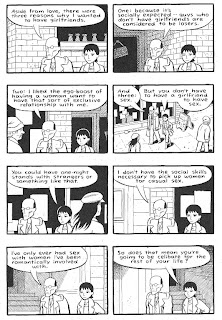 Is this the flip side to the softly approach of Jeffrey Brown (maybe it's not a coincidence that they share the same surname!!)? Certainly the crass title, the red colouring of the cover and Robert Crumb's name in large letters bring sordid associations for some people that are ripe for provocation rather than seeking sympathies. In fact Neil Gaiman was warning us way back in the beginning of the year (see here - waitaminute; just how long has this book been kicking around before it's release?) that ChesterBrown is perhaps purposefully inviting the reader to disagree with him. We shall see... 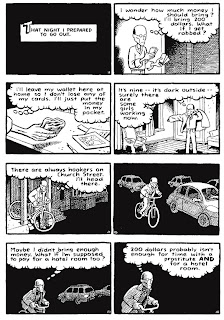 “Chester Brown is perhaps the most transparent, honest and relevant voice remaining in contemporary comics, and this is, to my mind, his most powerful and affecting work to date. PAYING FOR IT explores life in the world’s oldest customer-base, and does so with heart, intelligence, and a complete lack of sentiment or self-justification. Rewarding repeated readings, this book will love you long time.” –ALAN MOORE


And talking of ACTION comics the smell of fear continues to waft around the Marvel universe this week bringing with it the return of the original Alpha Flight team (we demanded it you know) and a host of tie-ins including the Invincible Iron Man. Then there's the death of Peter Parker (you're not catching me out Marvel) in Ultimate Comics Spider-Man and giant slab of Giant-Sized X-Men. As for DC Batman's old villains are repeating on him as Red Hood returns in Batman & Robin and Two-Face resurfaces in Batman.