The Winter of the Cartoonists by Paco Roca

“These are rough times to have dreams.” 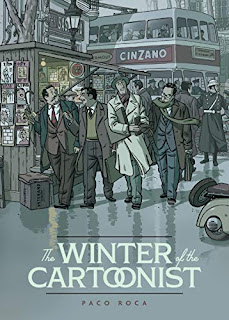 Imagine a time when comics were such big business that a handful of creators who were tired of not owning the rights to the work they produced, the editorial interference and the paltry financial recompense, decided to take the risk of breaking away from the publishing house they worked for and launch their own title. The last time this sort of thing happened was in the early nineties when seven creators tired of the Marvel-DC machine, broke away to successfully form Image Comics. The true events recounted in The Winter of the Cartoonists (Fantagraphics) are similar only in its idealistic venture.

The book is set in the late fifties, when Editorial Bruguera was the most successful publishing house of weekly comics and magazines in Spain and retained all rights to artists work in a way that seemed to reflect the political climate of a country that had been through a civil war. Five highly regarded creators were willing to risk what little they earned to begin Tio Vivo magazine but found their dreams crushed by their former employer. This isn’t a spoiler, by the way; the book flits between 1958 with the creators having to accept returning to Bruguera, and 1957, when they were filled with enthusiasm for their new venture. 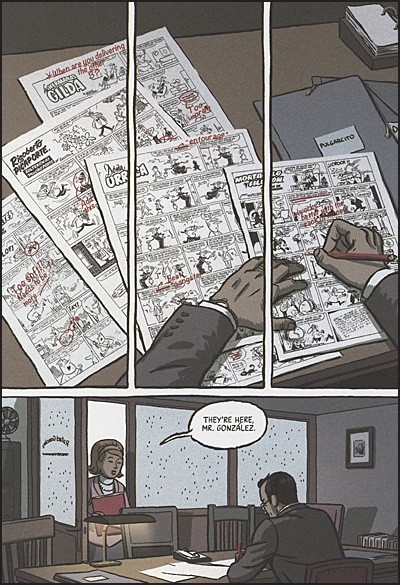 This is obviously quite a disheartening subject but Eisner Award-Winning (for The House) creator Paco Roca handles it in an interesting way languishing in the friendship of the characters and the ambience of the era. Discussions about contracts and creative freedom are mixed with chats about cigar smoke, wives, food and office flirtations. At one point a background character notices a turn in the weather and gets a panel all to themselves of putting up an umbrella. There’s a lovely, comforting feel to the clean-lined genial expressions in the characters body language. 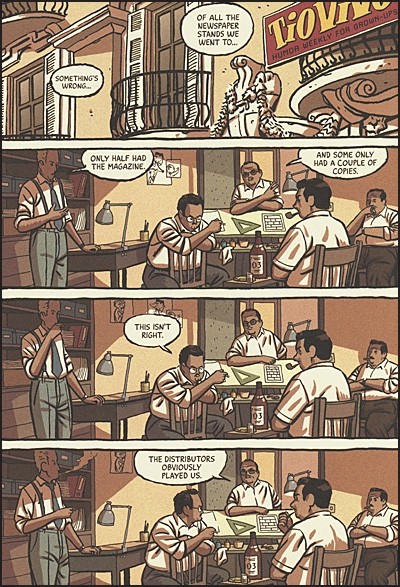 The theme of dashed dreams and sacrifices is universal, and Roca doesn’t lose sight of this with genuinely touching final scenes. One is left considering the fact that if this happened during a time of buoyancy in the comics market, what must it be like for comic creators today?
Posted by Daves Comics at 11:26 am